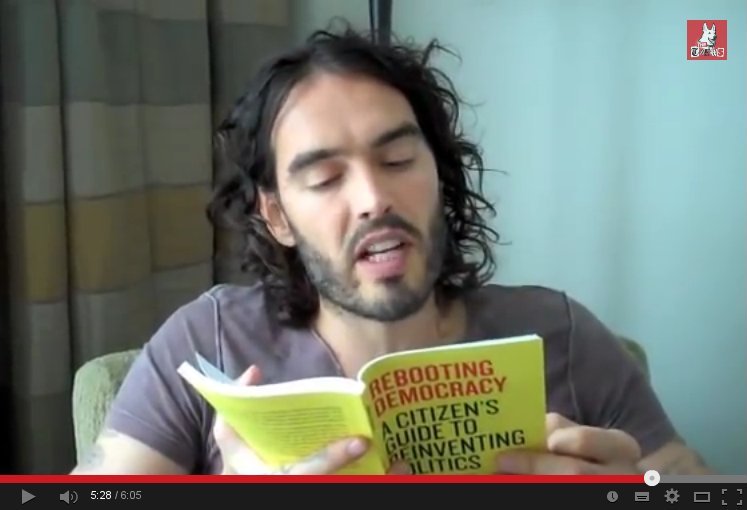 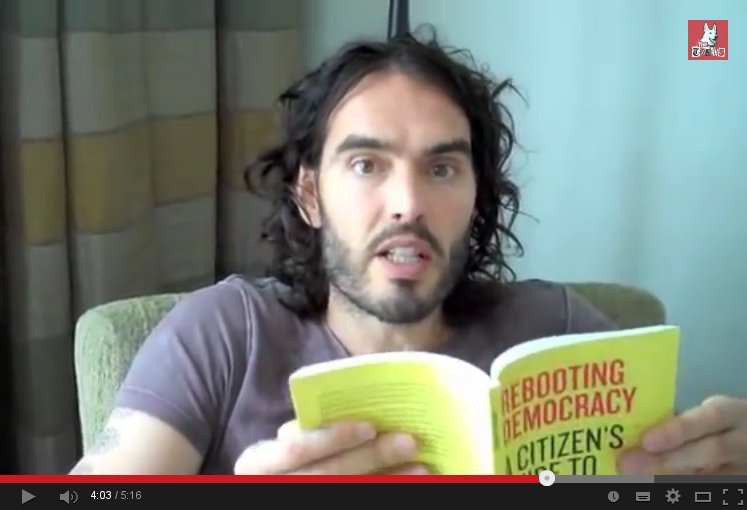 “If you want things organized, you might have to read some quite tricky books about democracy [such as this one].”

– RUSSELL BRAND, actor and comedian, reading excerpts of Rebooting Democracy on his show The Trews

“It is good, Rebooting Democracy.”

– DEBORAH ORR, columnist for The Guardian

“A quick and easy read that makes the case for why existing political systems are inadequate and then shows examples of how to move us past those problems and toward more democratic systems. Along with many clever insights, Rebooting Democracy: A Citizen’s Guide to Reinventing Politics points the way to where democracy is heading.”

“A rare democracy book that manages to be practical, realistic and radical. A great read for those who despair of any actionable options.”

“This timely book is provoking and challenging in trying to find a way out of the crisis of trust and legitimacy afflicting Western democracies. In championing innovative ways of engaging citizens it shows us a compelling way forward. Elected politicians are unlikely to enjoy it, which is the best recommendation I can give as to why we should all read it.”

“A bold challenge to the status quo that shows, with some very good examples, how democracy can work. A concise and readable book that makes a cogent case for reinventing politics. Well worth a read.”

“Passionately argued, yet plainly written, Rebooting Democracy is part scholarship, part manifesto—a wholehearted call for civic engagement at a time of growing dissatisfaction with politics. Manuel Arriaga’s book challenges the idea that our democracies cannot be improved and successfully builds a case for political renewal.”

“A necessary book for this age of ours and a call to thought and action that I shall prize and recommend to friends for a long time.”

– JOHN BURNSIDE, writer, one of only two poets to have won both the T.S. Eliot Prize and the Forward Poetry Prize for the same book

“A short, sharp shock to the body politic, Rebooting Democracy: A Citizen’s Guide to Reinventing Politics is a smart critique of what's wrong with the current system—and what needs to change. Accessible, engaging and brimming with ideas for reinventing politics in the 21st century.”

“In so many corners of the world there is a pressing call for political change. Yet we are in an uncertain era where political ideologies and institutions are tired and no longer able to provide answers. Political activists—and all of those who feel disenchanted with our current way of doing politics—need a new political vocabulary. Manuel Arriaga offers them a stimulating start at re-imagining democracy in his pithy little book, Rebooting Democracy: A Citizen’s Guide to Reinventing Politics.”

“A short and engaging book. Written in the irreverent, outsider spirit of the Occupy protests, Rebooting Democracy: A Citizen’s Guide to Reinventing Politics goes well beyond critiquing the status quo. It discusses several ways to democratize our society. [...] Interesting and well-worth reading.”

– YORAM GAT, founder and editor of Equality by Lot

“Don’t you feel sometimes that there is something wrong with contemporary democracy? That politicians are like a separate caste which makes decisions over the heads of people? Why is this happening? In Rebooting Democracy: A Citizen’s Guide to Reinventing Politics, Manuel Arriaga answers these questions in a straightforward manner, carefully explaining point-by-point how it is possible that those we elect so often fail to represent us. But this is only the beginning of the book. [...] [The rest is devoted to] an overview of concrete solutions from different parts of the world. From the citizen panels in British Columbia to ranked voting in Ireland and all the way to campaign finance reform in France. […] This short book prompted me to think of issues which I had never thought of before, even though I have been interested in the topic of democracy for a long time.”

Also, be sure to check out the customer reviews on Amazon.co.uk and Amazon.com.